What Makes A Great Point Guard? 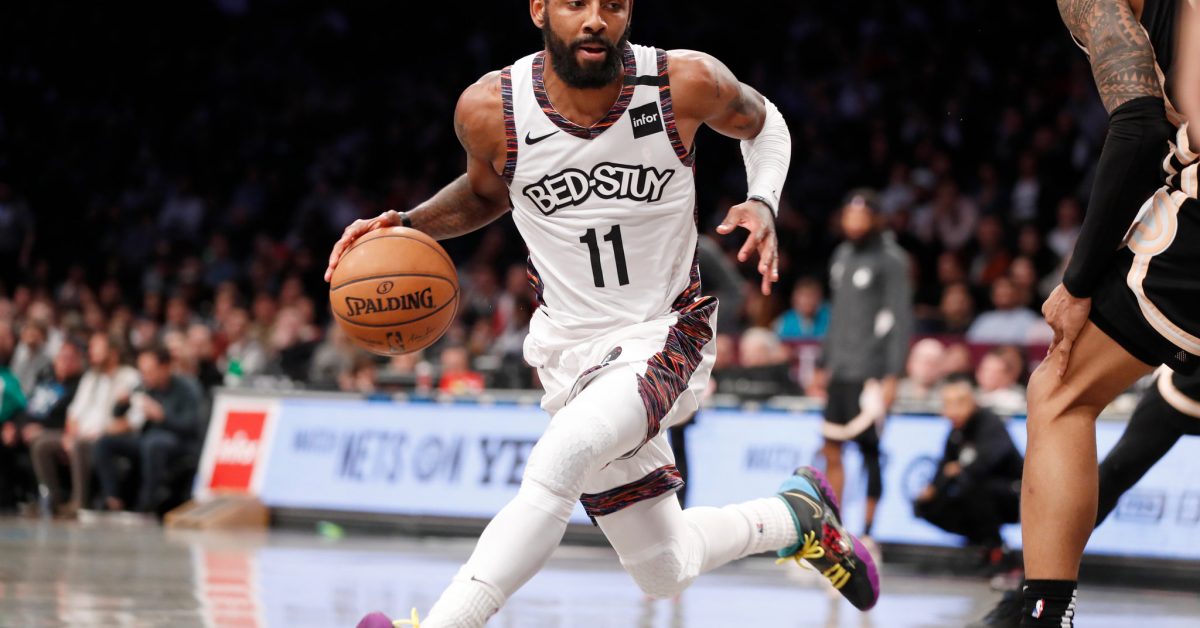 Arguably the most important position on the basketball court. The point guard. The floor general. The mastermind. An elite point guard is easily spotted on the court but hard to define what makes them elite.

Players like Magic Johnson, Steve Nash and Kyrie Irving are on the list of greatest point guards of all time. However, they all have different strengths on the court which makes them an elite point guard.

In this Venn diagram, you can see there are some similarities that make them top of the NBA league of their era. 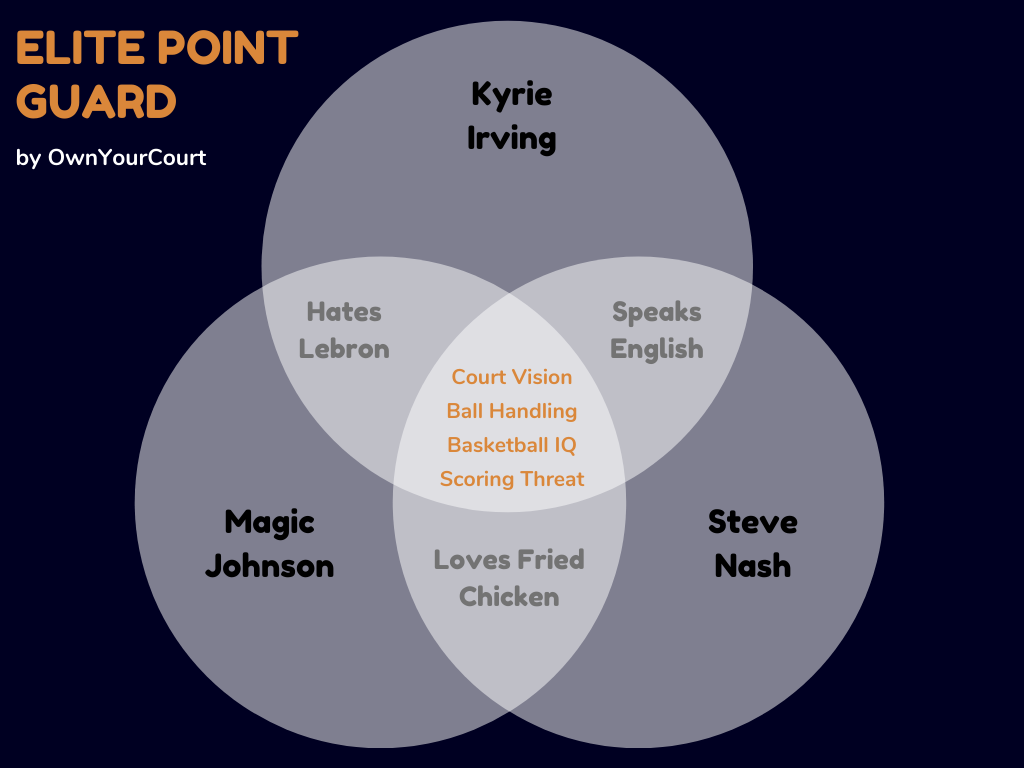 With great ball-handling skills, the player will be able to weave himself out of tough situations and create opportunities for his teammates at ease.

The ability to see the court from a bird’s eye view is key to seeing the positioning of teammates and defenders. Just like chess, the point guard can direct his teammates and conduct plays to attack the basket. Making their opponents feel like they are playing checkers while he is playing chess.

Basketball IQ is the glue that ties everything together. With his ball-handling skills to shake his defender off, scoring threat to create an opportunity for his teammates and court vision to understand the situation, basketball IQ will allow the player to execute his ideas and concept flawlessly.

The point guard works as the brain of the team. He processes information on the court and calls out plays to counter-attack. Information like player tendencies, player current fatigue status’ and opponent team’s plays.

Basketball IQ require technical analysis of the game, experience on live court games and a combined analysis of both teams on the basketball court.