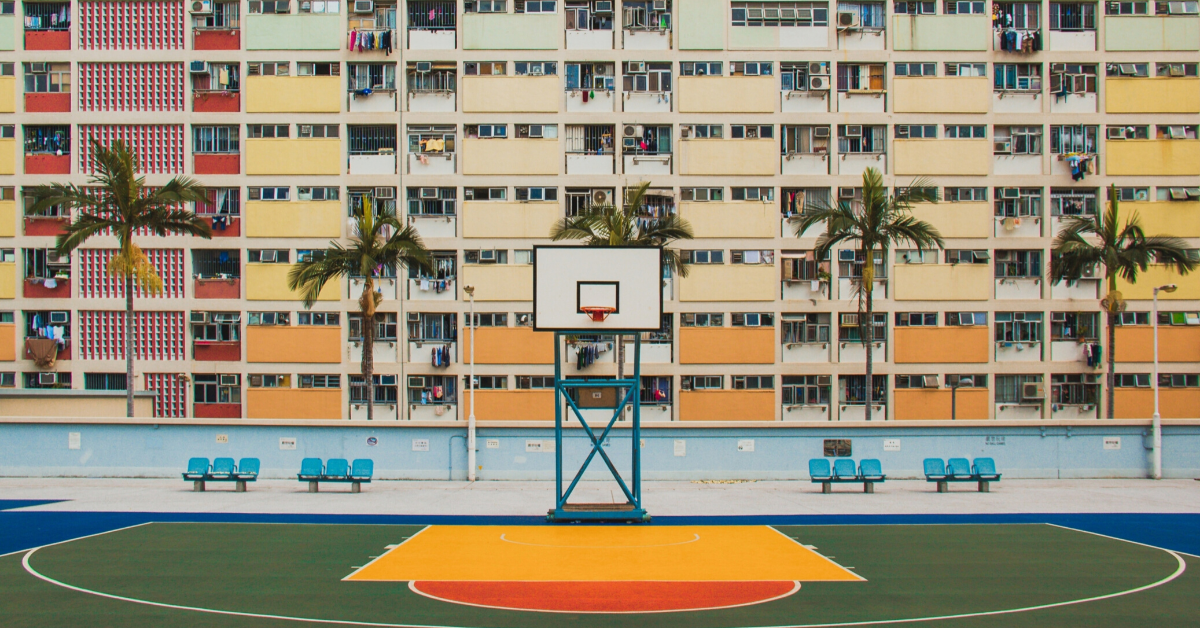 Typically found in nearby community centres or in HDB neighbourhoods, concrete basketball courts are the most common court type players will play on. Falling over on these courts may cause abrasions and cuts, so play safe!

In Singapore, these courts are usually free to use and does not require any bookings.

Multipurpose courts are very similar to concrete courts but it offers a smoother surface which reduces skin abrasions when players fall. More commonly found in schools, multipurpose courts usually have other line markings of other sports, such as Volleyball or Floorball. Be mindful of the other sports!

Usually paired with air-conditioning and other nearby amenities, indoor hardwood courts can be found in indoor sports stadiums or school’s sports halls.

Players will feel the soft bounce around the rims and the grip of the court when they pull a crossover. Best part, players don’t have to worry (that much) about hitting the floor.

In Singapore, these courts may come with a booking fee. We would recommend at least booking in 2-3 hour blocks with a group of at least 8-12 people!

Open to the public and free to use, sheltered courts are players favourite types of courts.